If you’re nearing your 65th birthday

You may be receiving more information on Medicare than you can shake a stick at. Simplified, Medicare is the federal health insurance program for U.S. citizens age 65 years and older. By 2009, more than 45 million people were enrolled in Medicare. Besides those over 65, Medicare covers people under 65 with qualifying medical conditions like End Stage Renal Disease (ESRD) or Amyotrophic Lateral Sclerosis (ALS).

The complexity of Medicare, which is comprised of 4 major programs, confuses many people: Parts A, B, C, and D. Medicare Part A and Part B are usually called “Original Medicare.” Generally speaking, Part A covers inpatient hospitalization while Part B covers outpatient services and other medical care. Part C denotes the “Medicare Advantage” program where private insurance companies deliver Medicare Part A and Part B benefits to plan enrollees. Part D is the Medicare prescription drug benefit.

Your circumstances dictate when you can enroll in or change Part C and Part D plans. For those who already have a Part D plan, the annual enrollment period (AEP) is October 15th through December 7th.

For anyone turning 65, Medicare allows enrollment in a Medicare Part D plan three months prior to the month of the person’s 65th birthday through three months after. In total, that provides a seven-month window in which to enroll.

People relocating or losing employer health coverage are also awarded SEPs, and given the opportunity to enroll in Medicare Advantage or Prescription Drug plans outside the normal enrollment time frames. 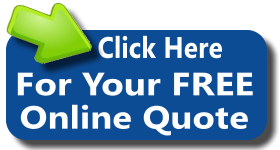 BACK TO INSURANCE SERVICES HOMEPAGE