Should you take a lump sum or annuity for retirement? 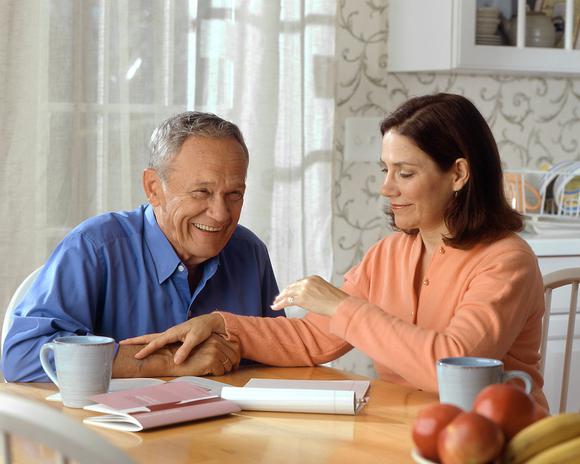 The wrong choice caused some to run out of money

It turns out, many retirees choosing to take their employer’s 401(k) or pension as a lump sum for retirement are taking their lumps.

About a fifth of retirement plan participants (21%) MetLife surveyed who received their pensions or 401(k)s as lump sums depleted that money — in just 5½ years, on average. And among those who took a lump sum from a 401(k) and didn’t get a pension, the money ran out in four years, on average, according to the MetLife Paycheck or Pot of Gold Study (though the sample size for this particular statistic was small).

The retirees selected the lump sum over an annuity, which pays out in guaranteed monthly installments — and has a few drawbacks of its own, as I’ll explain shortly. But why are so many taking the lump sum finding the money gone so soon?

The ‘lottery effect’ and retirement

“When people retire and are handed a lump sum, there’s sometimes what’s known as ‘the lottery effect,’” says Roberta Rafaloff, vice president for Institutional Income Annuities at MetLife. (The company is one of the biggest sellers of annuities.) “They get more money than they’ve ever seen in their life and say ‘Wow! I can do something I never could when I was working!”

She describes the chief finding of the survey of 1,069 adults as “troublesome,” adding that “people have to start thinking about their retirement plan not as a pot of gold, but as money that has to last as long as you do in retirement.”

In fairness, many who use up their lump sums aren’t being wholly frivolous with the cash.

How the lump sums are being used

While 12% of the lump sum recipients surveyed said they took a vacation or bought a new car within the first year of receiving the money, 27% paid down debt, 20% fixed up their homes and 4% used some of the money for either medical or long-term care expenses or for education. Nearly a quarter (22%) gave some of the money to friends, family or charity.

Regrets? They had a few: 31% who took a lump sum told MetLife they had regrets about their major purchases and spending in the first year; 23% regretted having given money away.

I can totally see why some people might choose to take their employer-based retirement funds as a lump sum rather than an annuity.

They might prefer having control over the money so they can invest, save or spend it as they choose. In fact, in MetLife’s study, “wanting to maintain control over my money” was the No. 1 reason people took a lump sum.

The annuity option might have another drawback: no inflation protection. While some annuity payouts rise with inflation, many don’t. Fidelity recently noted that a 3% annual inflation rate will cut the value of a fixed benefit in half in 24 years.

Then there’s the “hit by a bus” thesis. By this reasoning, you take the money as a lump sum because you could be hit by a bus tomorrow and if that happens, your heirs will get what’s left after you die. An annuity, by contrast, often stops when you do. One exception: a return-of-premium or cash-refund feature that guarantees a minimum amount of money will go to your estate or beneficiary if you die before receiving this total.

Lump sum or annuity? Maybe both

That said, with only 21% of Americans feeling very confident about having enough money for a comfortable retirement, according to the most recent Employee Benefit Research Institute survey, you have to worry about the news that lump sums are turning into dim sums or no sums at all.

So, if your employer offers you the choice between taking your retirement money in lump sum or an annuity, what should you do?

You could use a free online calculator, like this one from CalcXML, to determine whether you’re better off taking a lump sum and investing the cash or going with an annuity. And the federal Consumer Financial Protection Bureau’s online brochure, Pension Lump-Sum Payouts and Your Retirement Security, is worth reading.

But I think for many people who want peace of mind, it’s best to see if you can take the cash both ways — through a partial annuity, which is something that growing numbers of employers with 401(k)s offer. As I wrote on Next Avenue, when 5,000 Americans age 50 to 75 were given a hypothetical partial annuitization option in Harvard Business School assistant professor John Beshears’ 2013 survey, 60% chose it.

How to do a partial annuity

A partial annuity will help ensure you don’t outlive your money without fully tying your hands or surrendering to inflation. “People should have the flexibility to decide how much guaranteed income they want,” notes Rafaloff.

Annuitizing at least a portion of your retirement funds is also worth considering if you’re not confident about your investment capabilities or worry about being able to make smart investment decisions as you age.

One way to structure a partial annuitization, says Rafaloff: “Think of the expenses you know you will have to pay every month, like your car payments and a mortgage, and allocate money to pay those with a guaranteed income stream from an annuity.”

One reason so many lump sums are disappearing: employers aren’t doing a great job explaining to their employees the pros and cons of lump sums vs. annuities.

For example, among the pension plan participants surveyed who were given a choice between a lump sum or an annuity, only 45% recall being given information comparing the total amount of the lump sum and the annuity payments when they had to make their decision. And just 23% of the 401(k) participants were given information about the risk of outliving their plan savings.

Washington might help employees make better decisions. Last week, bipartisan legislation was introduced (The Lifetime Income Disclosure Act) that would require employers to provide 401(k) participants with a projection of how much monthly income they’d receive in retirement based on their current account balance.

I’d like to see that bill become law, but I wouldn’t bet my retirement on it.